Where Are Mortgage Rates in Kansas City Now?

A lot goes into making the decision to buy a house.

You need to think about everything from the home itself, to the neighborhood it’s in, to your commute and so much more.

Of course, before you can move forward with a purchase, you first need to know what mortgage rates in Kansas City are right now, so you’ll know what kind of budget to put together.

Back in June, Bankrate’s weekly survey of large lenders reported that “The benchmark 30-year fixed-rate mortgage fell this week to 3.99 percent from 4.04 percent.”

However, that’s at the national level. Mortgage rates in Kansas City are actually looking much better. Many lenders are offering between 3.5 and 3.875 percent, making now a great time to purchase a new home or refinance your current house.

Missouri’s Current Economy and Its Effect on Mortgage Rates

After years of struggling, Missouri’s economy has been on the rebound as of late. Back in April, Governor Parson shared impressive numbers while tweeting, “Missouri’s economy added 11,800 jobs last month & our unemployment rate remains at historic lows!”

Among other things, those numbers showed that unemployment had reached just 3.3 percent with jobs steadily growing. Interestingly, one of the industries to see the most growth was, “Professional, Scientific, and Technical Services”, which added 6,000 jobs to Missouri’s economy, up 3.7%.

It would support a recent article by the News Tribune that looked at national technology development. According to its findings, Missouri is poised to become one of the country’s top 10 states for growth in the technology industry.

Furthermore, there has also been talk about the Federal Reserve making further rate cuts in the near future to continue the economy’s positive turn. Widespread speculation among experts like that can go a long way toward pushing rates down even more, especially when the rest of the country’s economy is so strong.

Ready to Lock in Great Mortgage Rates in Kansas City?

While there is plenty of reason to be optimistic about the economy here, you shouldn’t wait too long to take advantage of current mortgage rates in Kansas City. Now would be a great time to lock in a low rate on the home of your dreams.

If you’re ready to get started, contact us today or feel free to start filling out an application right now to get things moving ASAP. What Is The Best Day To Buy A House? 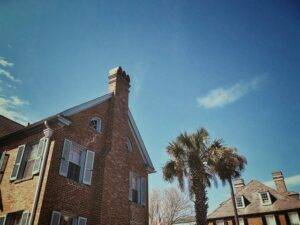 Inventory Of Homes For Sale Continues To Grow 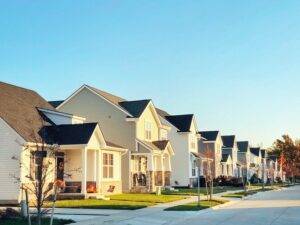